The money put aside in your self-managed superannuation fund (SMSF) is, of course, intended to be kept to fund the retirement of you and your fellow fund members. The over-riding obligation of you as trustee is to adhere to this “sole purpose” test.

Accessing the money in an SMSF to pay benefits is generally only allowed when you reach what’s called your “preservation age” and meet one of the specified conditions of release – for example, you turn 65. There are a small number of circumstances in which you may access funds earlier, however these situations are extremely limited.

Your preservation age depends on when you were born (see table below). It is determined by legislation, and will increase steadily so that by the year 2024 it will be set at age 60 for everyone born on or after July 1, 1964.

Significantly, the goalposts regarding preservation age only recently moved back by one year. Preservation age has been set at 55 years for anyone born before July 1, 1960 for years now. But from July 1 last year, this age has been increased by one year — in other words, if you thought you were approaching the preservation age milestone in the current financial year then you will have to wait another year to reach it.

The term “preservation” means that money in superannuation must remain in the fund until one of the specified conditions of release are met (more below). Super benefits are allocated to three preservation categories:

Preserved and restricted non-preserved benefits must be retained in superannuation until a condition of release is met.

Restricted non-preserved benefits have a release condition dealing with ceasing “gainful employment”, but it’s a fine distinction – check with us for more information.

These two categories basically transform into unrestricted non-preserved benefits when a condition of release is met.

Unrestricted non-preserved benefits can be accessed immediately, with no conditions of release having to be met.

Unrestricted non-preserved benefits are generally from certain amounts that were accumulated before July 1, 1999, when the legislation to preserve superannuation savings came in.

Getting money from an SMSF is known as “cashing of benefits” and can be paid as a lump sum or by starting a pension.  Note that there are restrictions about which form of payment can be made. When you can apply for the cashing of benefits depends on both preservation conditions and meeting a condition of release.

In some instances the law spells out the form that cashing of benefits must take, known as “cashing restrictions”, and your SMSF’s trust deed might also stipulate rules for paying benefits.

All forms of payments are “voluntary” cashing of benefits in that the member, once eligible, can decide to cash benefits. One exception however is the death of a member when benefits must be “compulsorily” cashed out.

The most common conditions of release for paying out benefits are:

Actual retirement depends on your age and, for those less than 60 years of age, future employment intentions. A retiree can’t access their preserved benefits before they reach preservation age.

If you are under age 65 and have reached preservation age, but remain gainfully employed on a full-time or part-time basis, you could access some benefits as a “non-commutable income stream” (meaning it cannot be withdrawn as a lump sum).

If you reach age 65, you may cash your benefits at any time. There are no cashing restrictions — but it’s not compulsory to cash out benefits merely because you reach a certain age.

There are a number of other (very limited) circumstances in which benefits can be released:

If, due to ill health, you have to cease gainful employment and are unlikely to regain work for which you are qualified, benefits may be cashed with no restrictions. If the end of gainful employment is due to a temporary state of health and is not a permanent condition, temporary incapacity benefits may be paid as a non-commutable income stream. This is generally up to the level of income received before the temporary incapacity, and includes salary support insurance or sick leave payments.

Releasing benefits on these grounds depends on being able to show that you cannot meet living expenses and have been on government income support for either 26 weeks (if before reaching preservation age) or 39 weeks (having reached preservation age). There are also restrictions on payment amounts, and advice is recommended.

Until recently, the Australian Prudential Regulation Authority (APRA) had the discretion to release benefits on compassionate grounds, but the role has now been taken over by the Department of Human Services. Early release is generally done for things like treating life threatening illness, palliative care or other medical support, or to prevent foreclosure on the family home. The amount is determined by the government, and must be made as a lump sum.

Eligible temporary resident visa holders who permanently leave Australia are able to apply to the ATO to have accumulated superannuation benefits paid out.

On confirmation of diagnosis of a terminal medical condition, all benefits can be deemed unrestricted non-preserved and can be cashed out. Prescribed certification from medical practitioners will be required.

Setting up or using an SMSF to gain improper early access to superannuation benefits is illegal and this area has become a focus for the ATO given the increasing number of SMSFs and the apparent variance of trustee knowledge in the area of withdrawing benefits. If a benefit is unlawfully released, the ATO may apply significant penalties to trustees, to the SMSF itself, as well as the recipient of the early released payments. 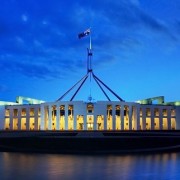 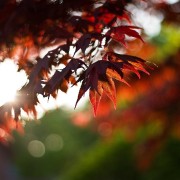 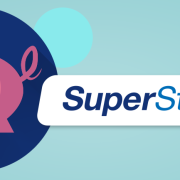 How does SuperStream affect your SMSF? 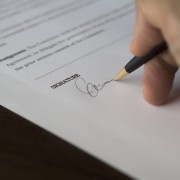 Your business structure: from sole trader to company
Scroll to top